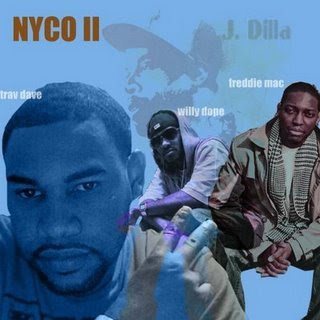 Yeah, we've seen them come and go. From those young cats on the corner who spit some of the hottest bars you've ever heard to noticeable groups who had deals but never....... could... quite.... make anything pop off. Recently, we've all paid clost attention to SLAUGHTERHOUSE, the rap group which consits of Joe Budden, Joell Ortiz, Crooked I, and Royce 5'9. Lyrics, story-telling, punchlines, you name it, they come with it, and you respect that.. You prolly wont buy there cd when it is finally released, but you will download the hell out of it and let your friends know its that CRACK..Well here's where the new gunners come into play. Recently I was sent a track by BX's own WillyDope @WillyDope and Columbus' TravDave @TravDave. Upon hearing the track, I wanted to jump on immediately, PAUSE if applicable. Once they gave me the go ahead, I did. We released the track on twitter and word spread like wildfire, reaching 500 downloads in the first 24 hrs!This looks like the beginning of something we've seen before. You be the judge!
Posted by Skyywalker at 9:57 PM