*And the rebirth of Jay-Z OVERHYPE*

Now i'll prolly be called a hater for this...but ummmm....that song really isnt anything Spectacular (No Homo). I mean its cool, i'll listen to it, the beat is ill...but really whats groundbreaking about it? People are just going apeshit about it (see Twitter) because its a new Jay-Z song.

Will it change anything...yes, im pretty sure alot of people will stop using autotune now that J Hova has proclaimed it dead. But really isnt this just a start of another trend? Some artist wont be stopping their use of the voice enhancer because they want to, more so because its not cool anymore...and i mean its a good thing yeah (I very much dislike autotune myself) but apart of me feels like its just continuing a cycle of people doing "whats in" as opposed to being creative with their music.

lol I just confused myself, i guess this is just an endless cycle...anyway 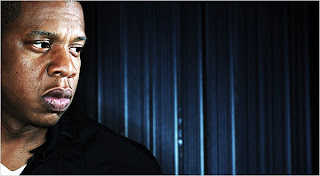